At this point in her life, Ria Lobo wasn’t planning on finding her trio of Clan Jasani shifter destined soulmates (called Rami), an event that usually leads to epic love, incandescently passionate four-way lovemaking, the linking of the foursome’s souls, and the making of beautiful sets of identical triplets to love and raise to build a future for the Jasani people. In fact, right now might be the worst time in several centuries for Rami finding. Why so? Out of the vast, unexplored reaches of the Milky Way Galaxy and beyond have come the Doftle, a race of quite literally insane beings possessed of almost unimaginably advanced technology and a talent for using the DNA of Jasani and their allies to breed nightmarish creatures that serve as weapons of conquest and destruction. Oh, and at no extra charge, they’re also almost impossible to kill. The Doftle, even more dangerous than the terrifying Xanti who waged a war of conquest a generation before, now threaten to destroy the people of Ria’s beautiful, magical homeworld, Jasan, as well as everyone in the Thousand Worlds.

Finding where the Doftle are building their fleets is one reason the Jasani send a long duration expedition into unexplored space, along with a few other goals which, if not met, could end all they know and love. At loose ends after her summer stint on a ship hijacked by the Doftle, Ria joins the crew of the Bihotza as a junior med-tech. She doesn’t know who her Rami might be, but knows that the chances of them being part of the three ship expedition expected to be gone as long as two years were so tiny as to be almost a joke. Besides, she was taking pheromone suppressants, so the Rami wouldn’t have a clue if they ever ran into each other.

Ria found that the Joke was on her. Not only were her Rami on the expedition, they were Talon, Thornton, and Teegan Katre, about as gorgeous alpha male as gorgeous alpha males can get. Talon, Thorn, and Tee are high-ranked officers in the mission who Ria overhears expressing their exceedingly low opinion of her, and their fervent desire to never meet her. Ria was happy to reciprocate. The deck becomes even more completely stacked against the destined soulmates from coming together when Ria is blinded in an explosion involving Doftle nanotechnology. And, to make things worse, the Katres believe that Ria was taking suppressants because she was repulsed by one of the brothers’ facial scars. 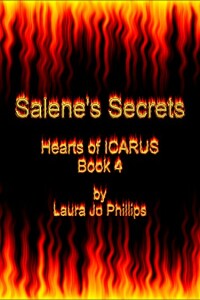 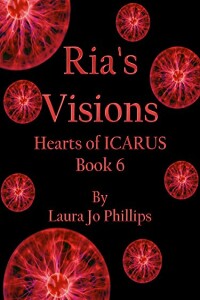 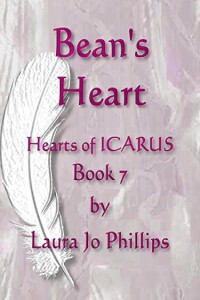 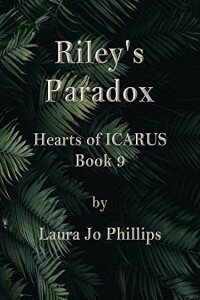