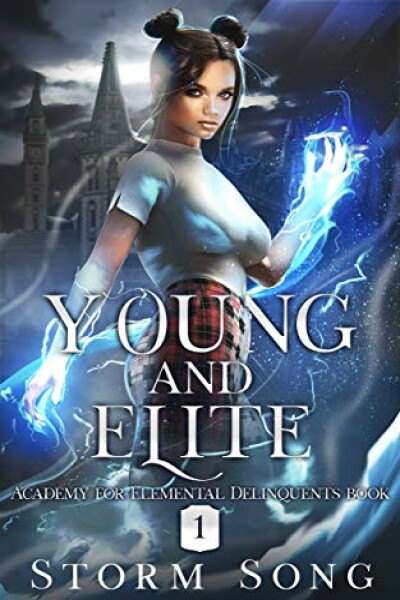 In a world divided you can only be two things.

An ordinary human, or an elite with countless powers.

In my city both despised the other, but I couldn't have given a fuck less.

I'd spent the years after my parents had died trying to hide my powers, and work a slew of crappy jobs to get by.

How did I do it you ask?

I've managed to keep my lightning powers out of sight, effectively avoiding run ins with mutant control, until one day I snapped.

So I almost blew a princes head off and left his country without an heir to its throne?

I didn't think it was that big of a deal, but apparently it was enough to get me shipped to an asylum where mutants are held, drugged, and studied.

But they didn't bet on one thing, me teaming up with a handsome fire mutant to bust two of his friends out of the place.

As I get stuck deeper in the governments trap, and learn about their plans to eradicate mutants from the face of the earth, I unravel truths about myself and my family that I didn't see coming.

But will it be enough to dismantle the entire system, one brick at a time?