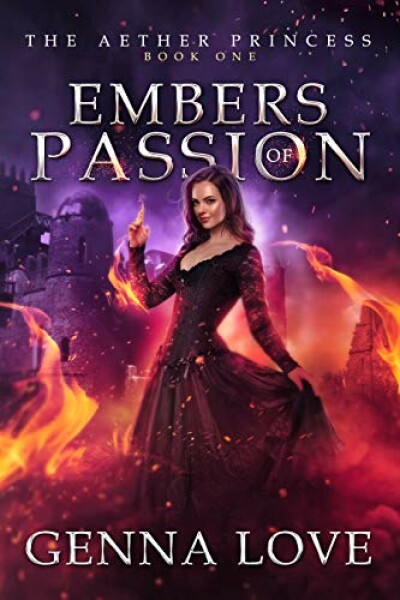 Zarah never wanted to settle down. But as Lyrian Princess, she has little choice.

To seal a treaty with a neighboring kingdom, she must marry its prince, despite rumors of his wicked nature.

She’ll be miserable soon enough, so she vows to enjoy her remaining days to their fullest. When the sun goes down, she sneaks away to a city tavern for a bit of solace, something she’s done many times before.

On her way home, she’s assaulted by a city guard then saved by a mysterious man whose hands glow orange. Confusion settles within her as strange things happen. Her body now hums with magic, something banned inside the Lyrian walls for two centuries.

Disaster unravels when Zarah defends herself from her betrothed with her new power, leading her to flee and search for answers from the unnaturally attractive man who’d saved her.

Seeking him out uncovers a connection to multiple men and reveals an unimaginable destiny, altering Zarah’s life as she knows it forever.